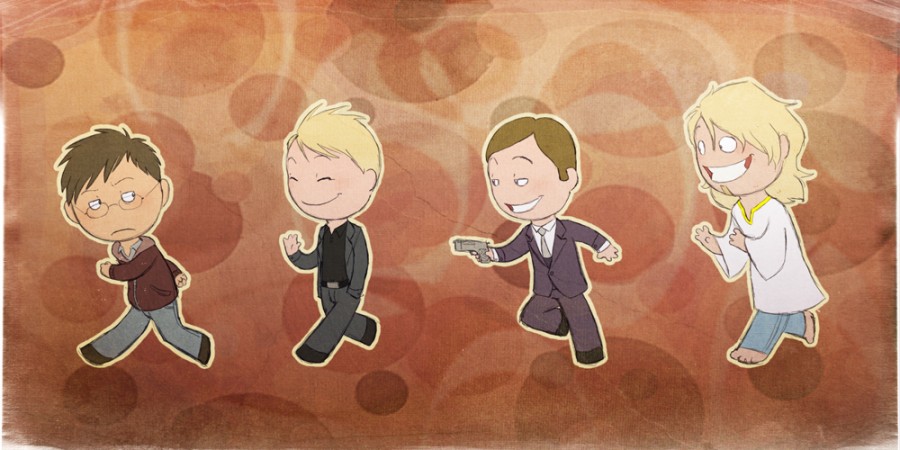 A silly little picture I got the idea for while listening to this song http://www.youtube.com/watch?v=ASN-aeNFY0k

Thomas no longer wants to chase anyone. He just want to be left alone.
Niels chase Thomas for fun and the hell of it.
Agent 300 chase Niels to satisfy his own ego.
Peter chase anyone and is happy with whatever he catches, as long as it doesn't want to have sex with him.

Agent 300 was really starting to bug me, because he was just supposed to be a one time joke, but he kept forcing his way back into my mind, so I started making up this story about his never ending quest to catch Niels and seduce Natalie and bone her. Whichever happens first doesn't matter to him.
He'll still just be a comical character though. I don't plan on using him for anything serious.