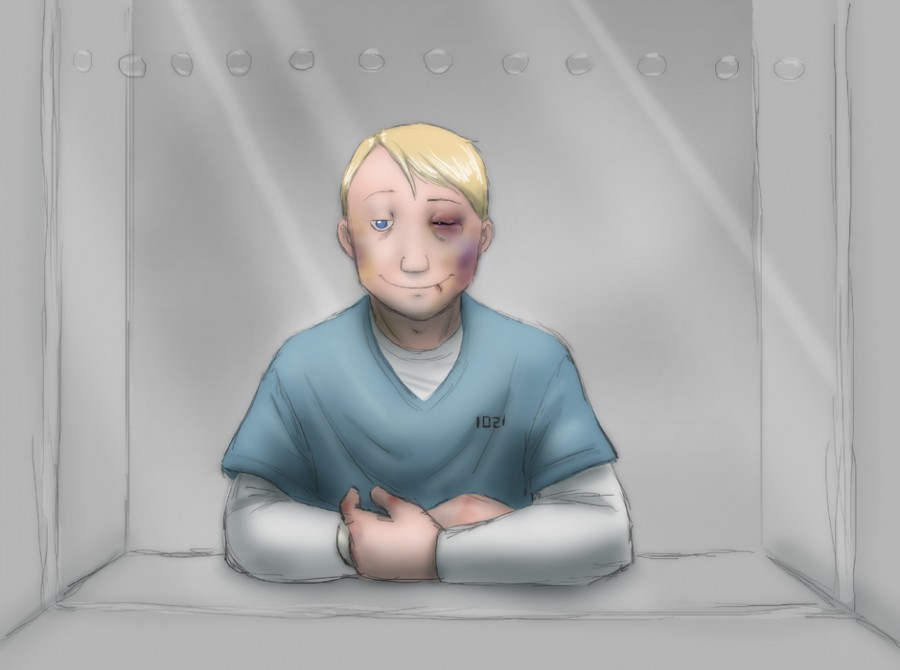 ”What happened to you!?”

Natalie hadn’t meant to sound angry. At least not at Niels. He just didn’t look like himself. He was still smiling, but that didn’t mean anything. With Niels it was all in the eyes, and right now one of them was so swollen he could hardly open it. The other seemed...lost. Empty. Natalie had never seen him like this.

The tone of Duncan’s voice sent a chill down her spine. Despite all the times he had been to jail, he had never looked like this. But something told her he had seen this before. He knew what had happened.

“Tony is in here” Niels just said, his gaze drifting for a second “Apparently he is still disappointed that I didn’t send someone to pick him up at the harbour. He made it big in here, though”

“That fucking bastard!” Duncan’s fist hit the table, but not hard enough to draw the guards’ attention “I’ll fucking kill him!”

“Where is Kiddo?” Niels asked, looking past them as if expecting to see his nephew hiding in the back.

“Linda is looking after him” Natalie said, concentrating on keeping her voice more gentle this time.

“Why didn’t you bring him?”

“Don’t worry, Niels” Duncan interrupted “I’ll talk with some people. Those fuckers won’t even dare to look at you funny!”

“If I’m a good boy and stay out of fights, will you bring him next time?”

Natalie didn’t like the way he was looking at her. Niels wasn’t just asking. He was pleading.

For just a few seconds Niels’ smile seemed sincere, before it went back to being noting more than a curved slit in his face. He then turned to Duncan and said with a soft voice, “And thank you, Duncan. I would like that very much”

American prisons are crazy. Not as crazy as in some other countries, but crazy non the less.

This is a “what if” sketch. I wondered what Niels would look like after a few days in prison, and I quickly decided that it would depend largely on what prison he went to.
This is supposed to be a worst case scenario where he ends up in a prison, where he has no friends among the inmates or staff, and is at the mercy of old enemies.

Don’t ask me how Natalie and Duncan can visit him. I just needed someone to talk with him. I wrote the text in something like five minutes, so it’s not perfect, but I hope it got the point across.