Someone hold Duncan down

Magnus really is doing his girlfriend a huge favor. Niels and his family have enemies everywhere, so if someone steps into the house who's voice doesn't match their visible gender, then Duncan and Niels' bodyguards aren't going to think, "Oh, that's a transgender person" they'll think, "Guy in disguise! Quick! Knock him out before he shoots Niels! And taze him just to be sure!" Such is the life of a crime lord. :sweat:

EDIT: This is apparently just as complicated to some of you as it is to Duncan, so let me explain:
Magnus is FtM (Female to Male) so he was born a girl, but feels like a boy and wants to be called "he" and "him" and dress like a boy.
His girlfriend is MtF (Male to Female) so she was born a boy but feels like a girl, wants to be called "she" and "her" and dress accordingly.
Neither of them have had any kind of operations or hormonal treatments because they're both too young.

So it doesn't matter how you look at it, they're a boy and a girl in a heterosexual relationship. 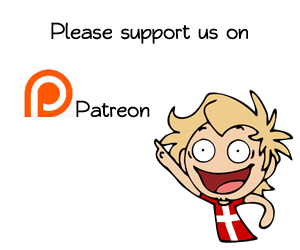