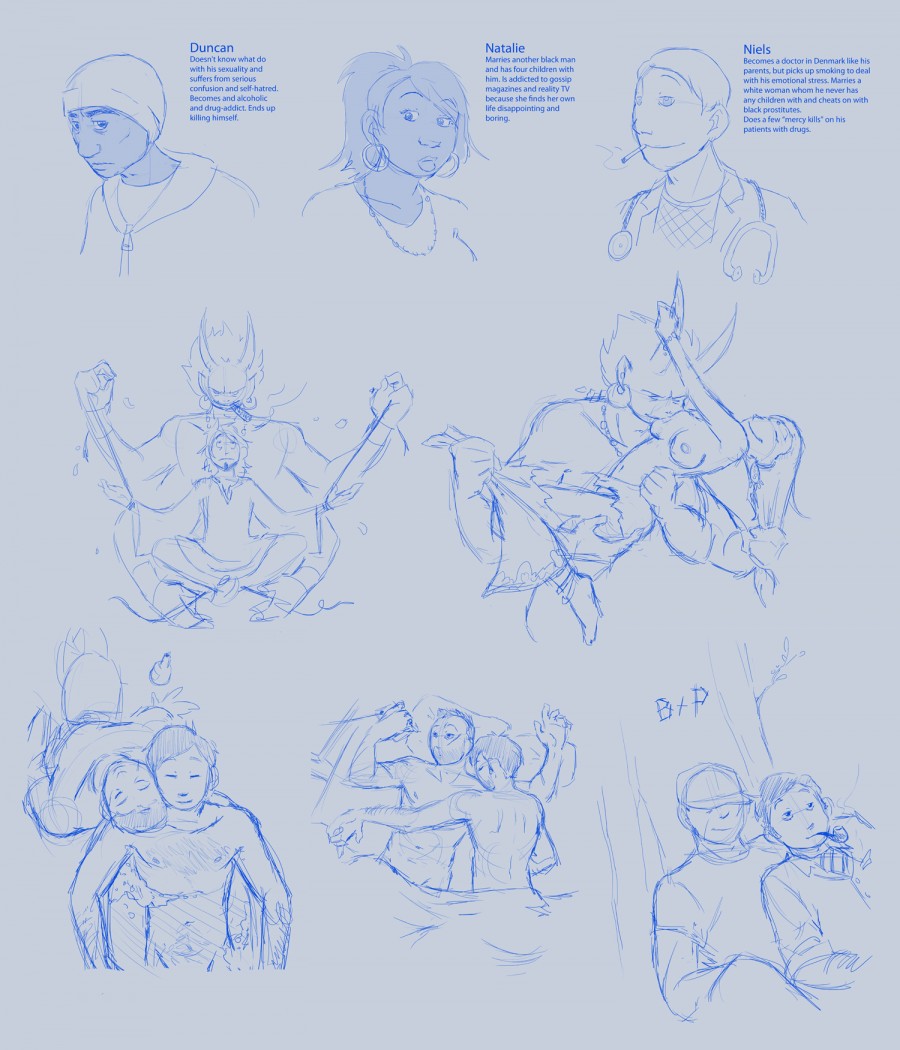 The top row is what would have happened to Duncan, Natalie and Niels if they had never met. Download the picture to better read the text.

The first picture, second row, is Peter and Jacob. Jacob is the "god" Peter's cult centers around, and Jacob has agreed to it because he likes being around humans, and Peter has sold his body to him. Jacob is just a random demon and has no use for Peter's soul. Originally they were friends, but over the years they have come to hate each other.

Second picture, second row, is Sunflower and Jacob. Sunflower is one of Peter's old girlfriends and a complete airhead of a hippie. She is a follower of Peter, but doesn't live on the cult's farm. She spends her time in the city where she recruits new people for the cult. She is often visited by Jacob, and finds him to be a great lover, which pisses Peter off because Jacob is anything but gentle with him.
Many of the people in the cult has met Jacob, but that doesn't mean his real. The place is filled with pictures and statues of him, and the cult members often get high, so he might as well be a hallucination. The whole place just runs on crazy.