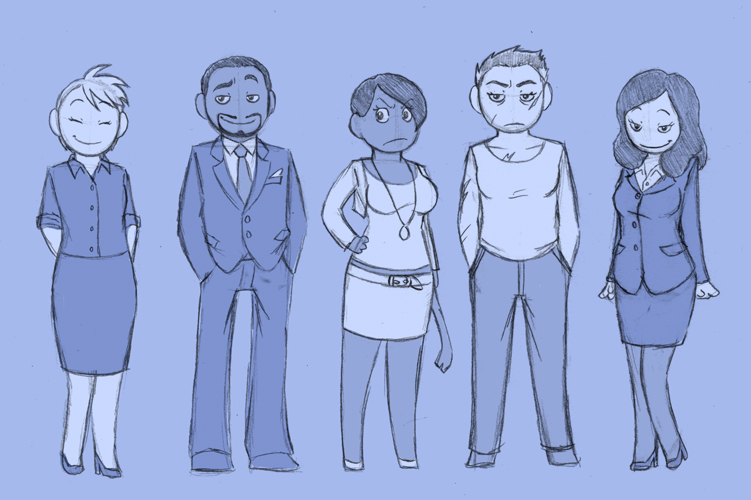 Anyway, what the characters would have looked like if they had live the same lives and gone through the same things but as the opposite sex.
From left to right: Niels, Natalie, Duncan, 250, and 300

Niels would pretty much look like himself in a dress (and of course looking better in the dress than usual), and be a woman with very under-developed curves. Could easily be confused with a young boy if she put on men's clothes which is why she would wear a skirt in the first place.

Natalie still wouldn't be violent minded as a man, and actually be quite the gentleman because that's how her family raised their boys. Would still be pretty materialistic though, and like to dress well.

Duncan would be a very angry and self-loathing bisexual woman who still couldn't quite shake the ghetto style off. He'd be the kind of women who'd kick your ass for looking at her breasts or calling her pet names, and overall still be pretty damn violent minded.

250, well, would be a huge fucking massive dyke who, quite frankly, would surpass even Billy in dyke'ness and still be the most manly person in the story. Wouldn't look or act much different really...

300 would of course be a man eater instead of a lady killer, who used her femininity and sex appeal to get what she wanted.