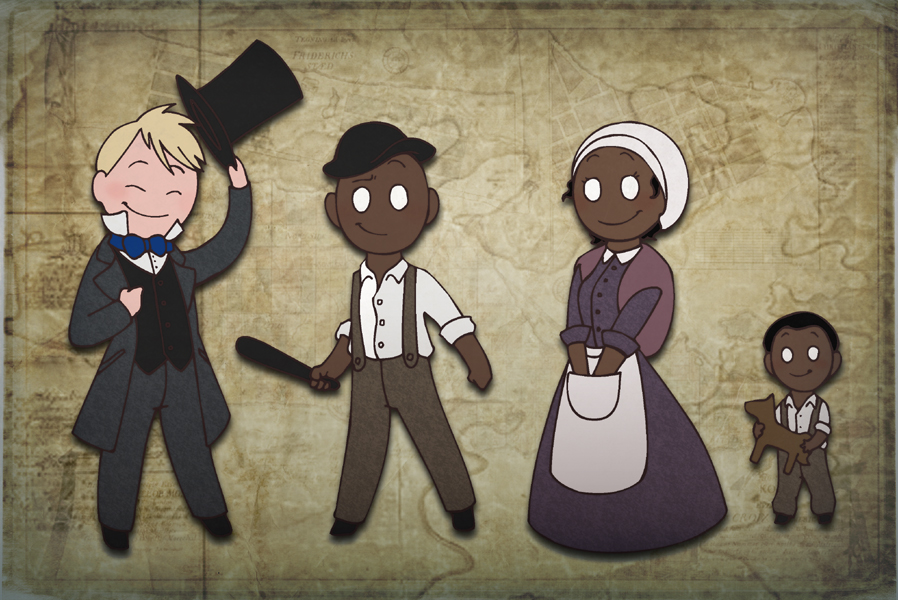 How it could have been

Lately I’ve been entertaining myself with making a sort of alternative universe for Niels and the gang, taking place on the Danish-Westindian Islands (They were later bought by USA and renamed the Virgin Islands).

I once said that Denmark mainly had a history of white slaves, which people thought meant Denmark never had black slaves, which isn’t true. The black slaves were simply kept mostly on the Danish-Westindian Islands.
You will also often hear Danes boast about Denmark being the first country to illegalise slavery, which isn’t true either. Denmark was just the first to illegalise slave trade in 1792 (which became effective in 1803), meaning that a slave owner could not buy new slaves and had to “breed” his own, and if a slave owner died and had no children to inherit his slaves, they became free. That was how things worked until 1848 when slavery was completely illegalised.

This alternative story takes place in this grey zone between 1803 and 1848 on the Danish-Westindian Islands.
Niels has recently landed on the islands, where he meets Johnny who owns Duncan and Natalie (Highly unlikely names for the place and time period, but bear with me). Niels falls in love with Johnny, but when the feelings aren’t mutual and Johnny threatens to report Niels to the police, Niels kills him. Duncan and Natalie are now free, and rather lost. They were born slaves and have no idea where to go. Life isn’t easy for free black people, so they join forces with Niels and become a threesome of hitmen, who take advantage of their differences which enable them to blend into different environments.