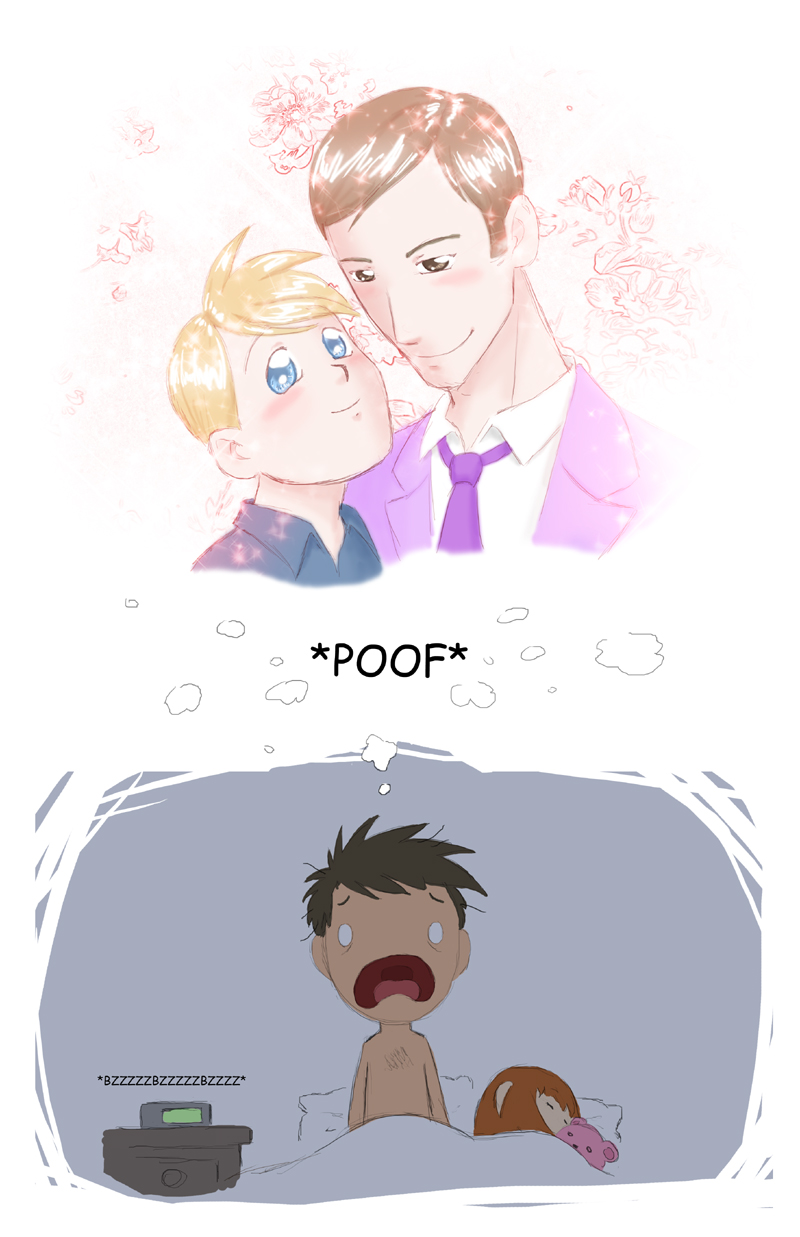 That night Thomas found out first witnessing this http://humon.deviantart.com/art/Some-people-never-grow-up-154336183 and then watching Japanese cartoons with his daughter later that day was not a good combination.

The real story behind this, is that Niels’ and Agent 300 relationship is supposed to be a parody of those kinds of relationships often seen in anime and manga. Yes, I am using a James Bond parody for an anime parody. I don’t plan these things, okay!?

I have quite honestly never thought about that (manily because I’m not a big fan of seme/uke), and I spent way too much time trying to figure out who should be what. I ended up making Niels the uke, just because the thought of drawing him like this amused me.

And now I have to ask, who do you think would be the seme/uke?