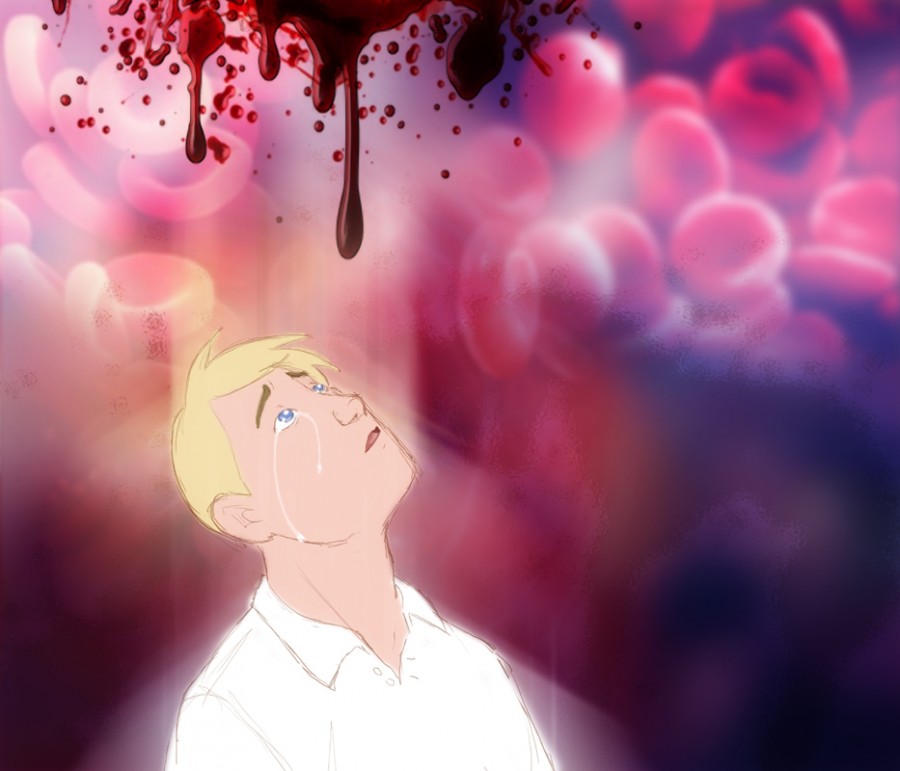 Seeing as Niels is a bit of a crime lord and part of his business is drugs, you’d think that he tried his own "products" once in a while. But the truth is that he stays as far away as he can from it, because he handles drugs (and even alcohol) very badly.

Duncan and Natalie only realized this when one day Natalie came home and found Niels sitting on the kitchen floor sobbing like a child, while Kiddo sat with his hands over his ears behind the couch in the living room. She tried to ask Niels what was wrong, but it was impossible to get in contact with him.
Only later did they realize that a bottle of illegal drugs disguised as headache tablets had somehow found their way into their bathroom cabinet.

Drugs simply put Niels in contact with his emotions on a level he can’t handle. It doesn’t really matter what you give him, the result will always be tears. It may just be a single tear if the drug is mild, but it can also end as badly as the above-mentioned story.

The "soundtrack" to this picture would be this http://www.megaupload.com/?d=FX4R6BEC